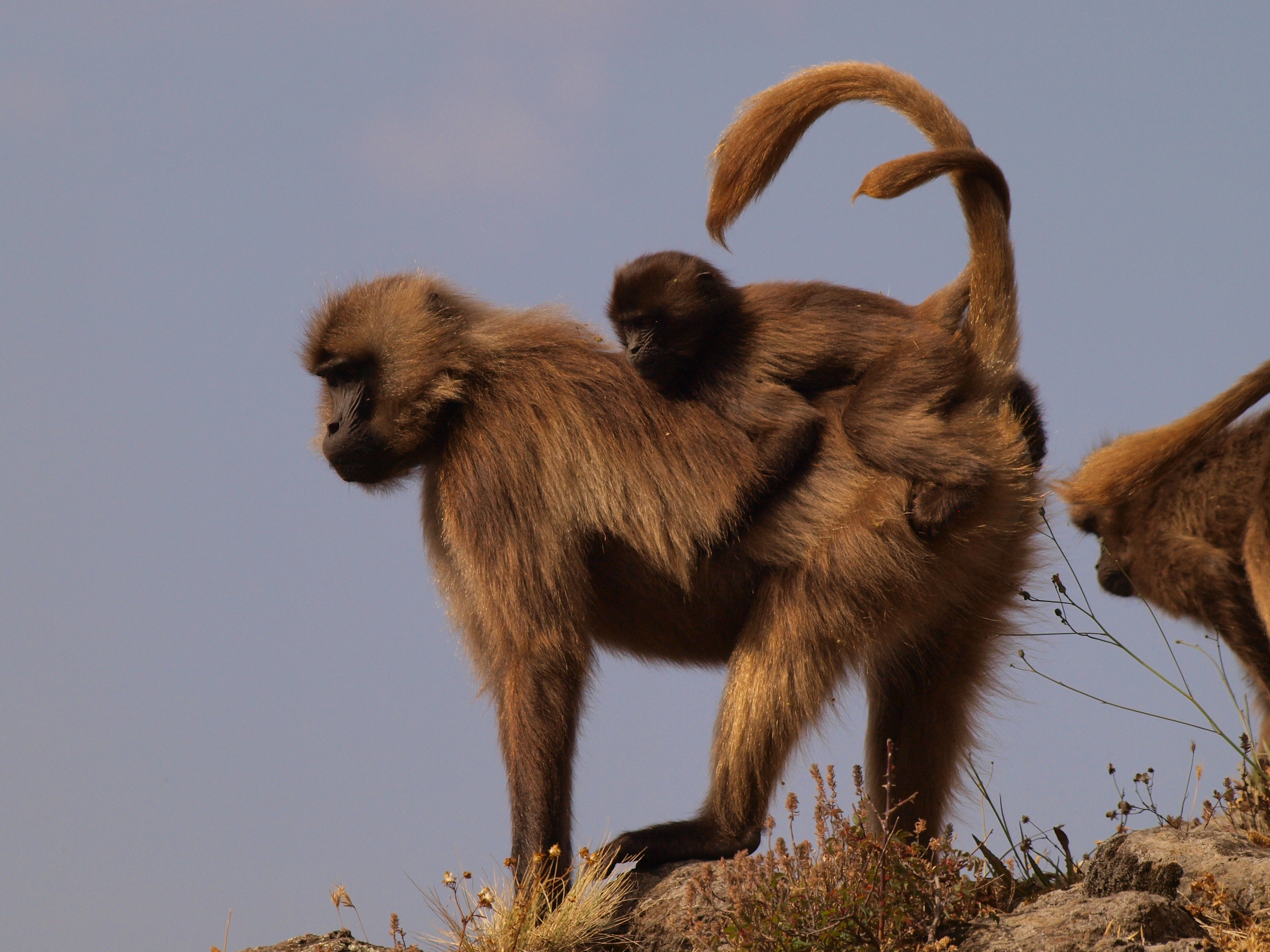 Broadly, our lab investigates the causes and consequences of variation in the social environment from the molecular to the organismal levels. Our work involves a few complementary study systems, which allow us to probe questions central to human health, aging, and evolutionary biology. 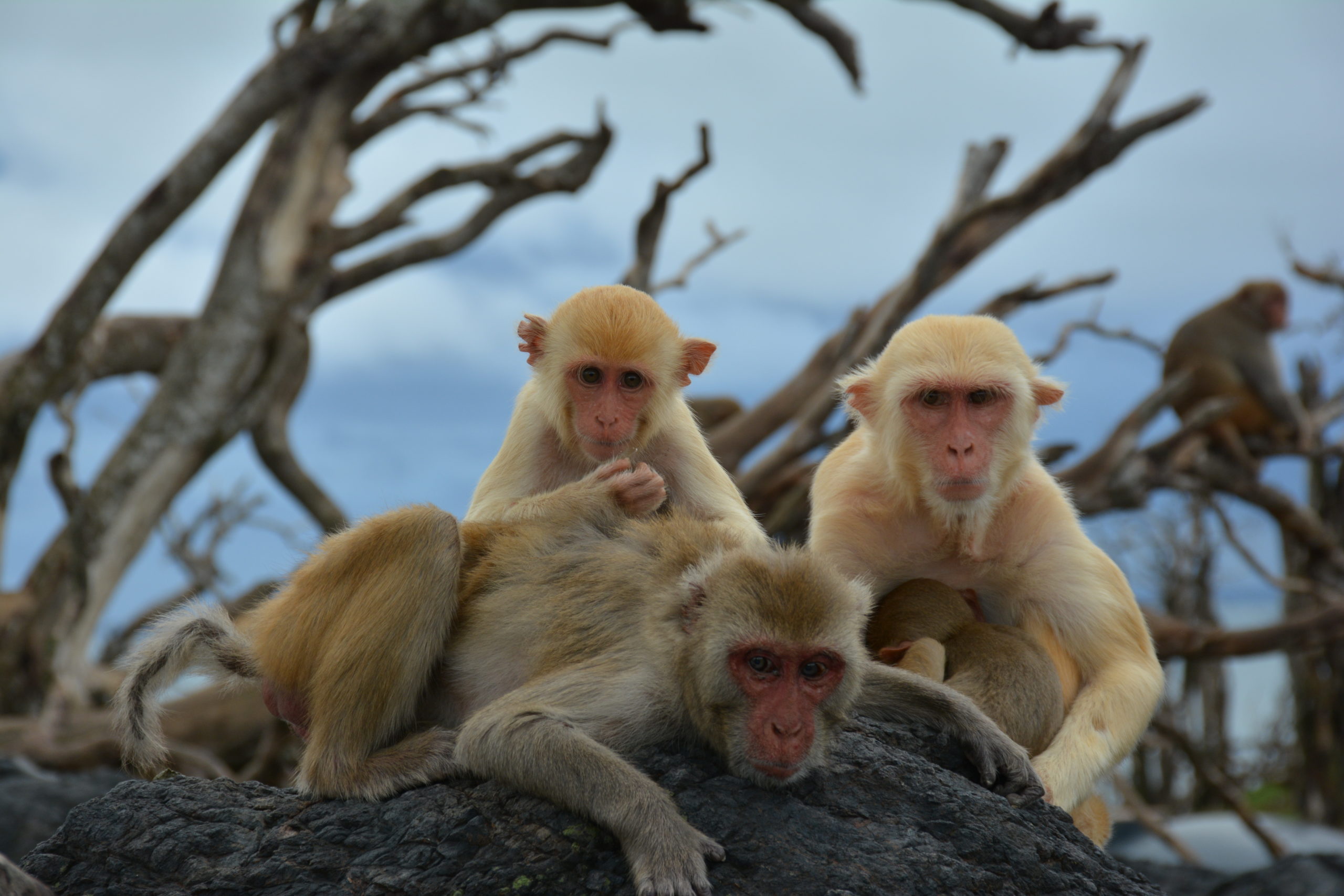 Studies of social environmental effects can be difficult to interpret due to the complexity of the human social environment and the inability, due to ethical concerns, to perform experimental manipulations. This has led many researchers to turn to our close genetic relatives, nonhuman primates. Rhesus macaques (Macaca mulatta) are a particularly important model for human social behavior, health, and aging because they exhibit strikingly similar age-related changes in physiological, cognitive, and immune function, but compacted into a lifespan that is 3-4 times shorter. As in humans, the social environment has also been linked to mortality in some nonhuman primates, including close relatives of macaques.

More socially integrated individuals are healthier and live longer, and this association is the strongest in the oldest individuals in a population.  To identify the molecular underpinnings of this link, we draw behavioral and genomic data from both captive and free-ranging macaques. We merge cutting-edge functional genomic analyses with behavioral observation methods to study how behavioral variation might insulate individuals from the detrimental effects of social stress on health. This research has implications for understanding how social stress recapitulates, or even accelerates, the changes seen during normal aging. More broadly, identifying the molecular phenotypes on which natural selection acts will lead to a better understanding of both the evolution of affiliative social behaviors and the well-documented link between sociality and components of fitness.

New technologies are enabling molecular profiling of single brain cells at remarkable throughput. However, these new methods have yet to be extensively applied to the brains of model organisms that bridge the evolutionary distance between mouse and human, including the most common nonhuman primate model system – the rhesus macaque. As part of the Brain Initiative’s Cell Census Network, we are generating an anatomically resolved, single cell gene regulatory atlas of the rhesus macaque brain. This comprehensive atlas will allow us to characterize natural variation in chromatin accessibility and transcription within each cell type, between individuals, sexes, and across the natural lifespan of rhesus macaques. We anticipate that our atlas will be an essential resource, complementary to other efforts, for identifying the distribution and function of key cell types across the primate brain, allowing for the development of cell type- and region-specific molecular interventions that will help us understand brain function and the etiology, and potentially the treatment, of brain disorders. 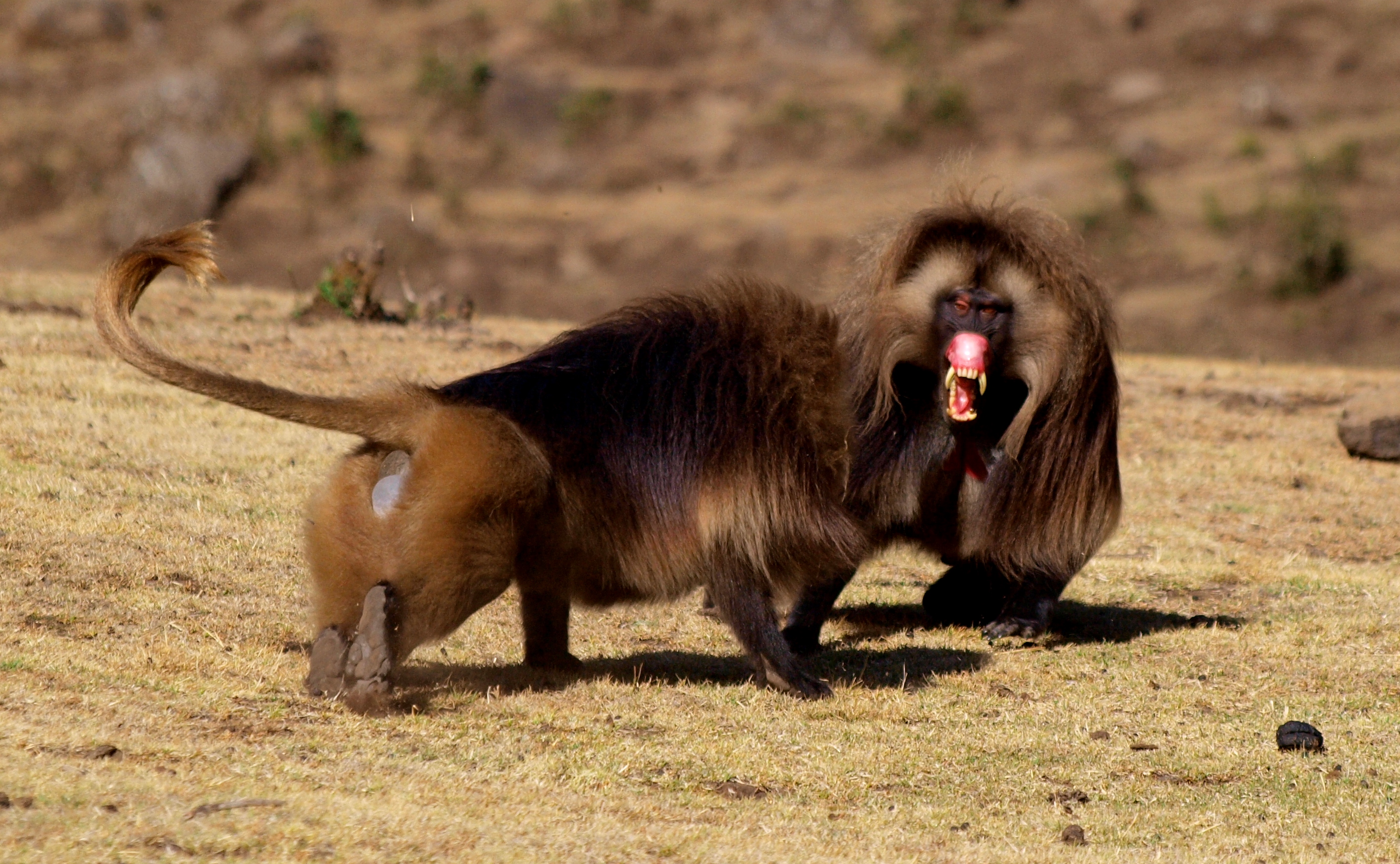 If you are ever in the Ethiopia, you might find yourself surrounded by thousands of some of the most unique primates on the planet – gelada monkeys. These monkeys are often erroneously called ‘bleeding heart baboons’. Not because they don’t have blazingly red chests (they do!), but because geladas are not actually baboons – just close relatives that diverged ~3-5 million years ago. Historically, monkeys from the geladas’ genus, Theropithecus, ranged across East Africa. Now, it’s just the gelada monkey, Theropithecus gelada, found only in the highlands of Ethiopia — one of our two primary study species.

The immunogenomic consequences of sociality

As part of the Simien Mountains Gelada Research Project, we study how the highly social lives of geladas influences their health, reproduction, and survival. To do so, we draw on over a decade of demographic and behavioral data and combine it with genomic analyses: from whole genome sequencing to quantifying the microbes in the gut. Here, we can take findings from captive populations and extend them to the field to see how social integration may buffer individuals against more naturalistic stressors in the wild.

One of the primary reasons that geladas endured – unlike their extinct Theropithecus relatives – is due to a panoply of unique adaptations to their resource-scarce, high altitude environment. In the thin air of the gelada’s habitat (≥ 3,000m above sea level), there is a dearth of nutrient rich foods. So the geladas depend almost entirely on the grasses that fill the plateaus – much like a cow. Graminivory is just one of the many gelada adaptations to their high-altitude environment. Others include their ability to thrive so high above sea level. Have geladas converged on similar high altitude adaptions that are also found in the genomes of people living in the Andes or Himalayas? Or has selection led to unique changes specific only to the gelada? In this line of work we aim to identify signatures of high altitude adaptation in the gelada monkey genome using samples collected across Ethiopia.

Who doesn’t love dogs? We’re part of the Dog Aging Project where we are trying to understand what makes dogs tick (and age). Our lab uses molecular tools to try and identify how age and the environment interact to alter the dog immune system.